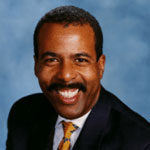 Christopher A. Lewis is a Partner at Blank Rome, LLP and the firm’s Chief Officer for Diversity and Inclusion.  He has more than three decades of diversified civil litigation and regulatory experience from state government and private practice.  Mr. Lewis concentrates his practice representing clients chiefly in the energy and insurance industries.

Mr. Lewis is currently the Chairman of the Philadelphia Energy Authority.  Mr. Lewis also currently serves as a member of the Federal Judicial Nominating Commission for the Eastern District of Pennsylvania, which screens candidates for Senators Casey and Toomey in connection with potential appointment to the federal bench.  In 2012, he received a Multicultural Leadership Award from the National Diversity Council, and in 2011 he was selected as a 2011 Minority Business Leader by the Philadelphia Business Journal.

Following a clerkship with Judge Clifford Scott Green in the United States District Court for the Eastern District of Pennsylvania, Mr. Lewis began his practice in 1980 in the Litigation Department of Dilworth, Paxson, Kalish & Kauffman, where he became a partner in 1986.

In 1987, Mr. Lewis was asked by then Governor Robert P. Casey to join his administration as the Executive Deputy in the Office of General Counsel.  In that capacity, Mr. Lewis served as one of the principal lawyers to the Governor and his Cabinet and managed the legal offices of the executive agencies of Pennsylvania state government that reported directly to the Governor.  Mr. Lewis was responsible for drafting the executive orders that instituted the Code of Conduct and the Commonwealth’s minority business programs during Governor Casey’s administration.

In 1989, Governor Casey asked Mr. Lewis to join his Cabinet as the Secretary of the Commonwealth of Pennsylvania, the agency head for Pennsylvania’s Department of State.  As Secretary of the Commonwealth, Mr. Lewis directed the work of the Corporation Bureau, the Bureau of Charitable Organizations, the Bureau of Commissions, Elections and Legislation, and the Bureau of Professional and Occupational Affairs.  Mr. Lewis advocated for the passage of “motor-voter” legislation in Pennsylvania and oversaw the enactment of key amendments to the General Associations Act and a major revision of the state’s Charitable Solicitations Act.

In 1991, Mr. Lewis returned to private practice, joining Blank Rome LLP as a Partner, where he has counseled energy companies, health care providers, educational institutions, insurance companies, and others in a wide variety of regulatory and litigation matters, including mergers and acquisitions, electricity choice and competition issues, alternative energy development, business development, and conflicts of interest.  In 2011, Mr. Lewis was appointed as the firm’s Chief Officer for Diversity and Inclusion.

In 2008, Mr. Lewis was selected as an Elector for the 2008 Pennsylvania Electoral College.

He is married to Kimberly C. Nesmith, a licensed cosmetologist, and has two children:  Hope, a graduate of Wellesley College and a Peace Corps Volunteer in Rwanda, and Vance, a graduate of Howard University, and a teacher working in Philadelphia for Teach for America.

Back to Board & Staff