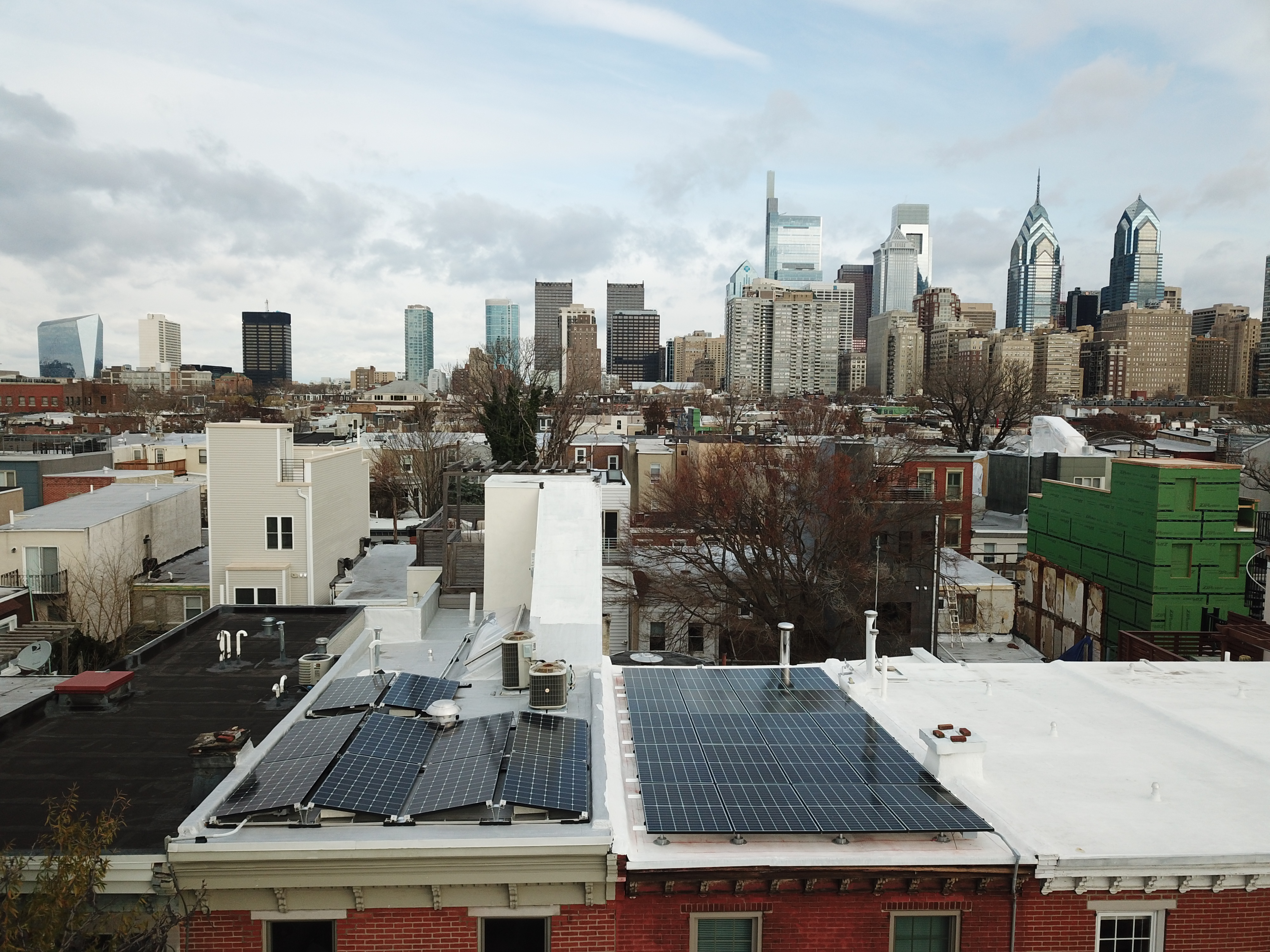 PHILADELPHIA (May 9, 2019) — Today, Councilwoman Reynolds Brown (At-Large) introduced a bill to establish a Solar Rebate Program for Philadelphia commercial buildings and residential properties. Councilwoman Reynolds Brown stated, “The Solar Rebate Program will align Philadelphia with other major cities, such as New York, Charlotte, Kansas City, Seattle, and Austin, who have created their own solar incentive programs. These cities are leading by example in taking the steps required to create and sustain a clean and green environment. Philadelphia should join them.”

The legislation introduced today would help offset the expiration of the current federal solar tax credit program, which has been offsetting the cost of solar installations by 30% since 2006. This tax credit begins stepping down at the start of 2020 and expires for residential properties at the start of 2022. The Philadelphia Solar Rebate Program would give all property owners an additional incentive to install a solar photovoltaic system and would be in effect from July 1, 2019 through June 30, 2024.The proposed incentive is $0.10/watt for commercial projects and $0.20/watt for residential projects, meaning that a typical homeowner would receive an average rebate of $1,000 after installing solar on their home. 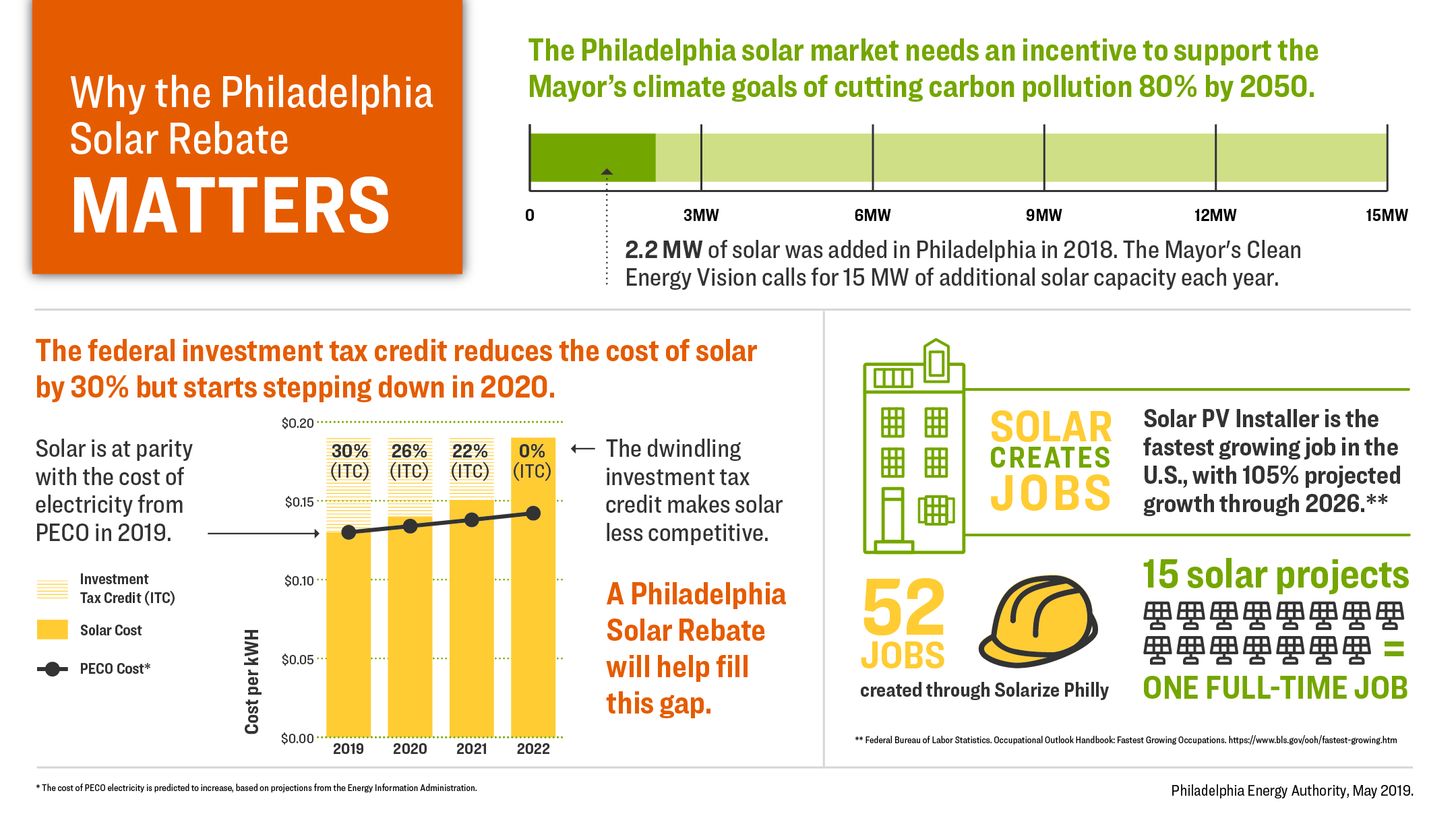 Emily Schapira, Executive Director of the Philadelphia Energy Authority stated, “2019 is the year to go solar in Philly. The 30% federal tax credit starts stepping down next year and we need every incentive we can get to help Philadelphians go solar now. This Philly solar rebate demonstrates the City’s commitment to fighting climate change and creating living wage jobs, and we are grateful for Councilwoman Reynolds-Brown’s leadership.”

Rooftop solar lets homeowners take control of utility costs and reduce their carbon footprint. Philadelphia has been in the national spotlight for solar growth since PEA launched Solarize Philly in 2017. This program, the largest single solar initiative in the country, has helped position Philadelphia as the fourth fastest-growing solar market. To date, 363 homeowners have signed solar contracts at a discount through Solarize Philly, and more than 4,200 households have signed up for a free solar assessment. Fifty-two jobs have been created with the three participating installers. Solar Installer is now listed by the Commonwealth as a High Priority Occupation for Philadelphia County, based on high employer demand.

Solarize Philly participants benefit from group discounts and consumer protections. Last week PEA reopened Solarize Philly for 2019, so that anyone who owns property in Philadelphia can have another chance to sign up to receive a free solar assessment of their home. PEA is accepting sign-ups now through September 30th at solarizephilly.org.